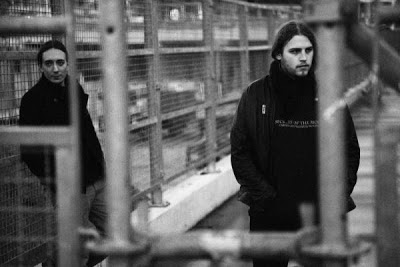 Okay, so, some of you may have already guessed it and for some of you this might be bad news:

Neige and us will go separate ways with the new album. No bad blood. Not at all!

Here an excerpt of the mail I wrote him giving reasons for the split:

"...See, over the past few years, I saw you getting bigger and bigger with Alcest. You have reached so many things, touched so many people and sacrificed so much time. And of course you need this time to do so. But well, like I said you a couple of times before - we need you, too.
See, I am very thankful, not only for your singing, but also for pushing the band and last but definitely(!) not least for your friendship and the time we spent so far. Though, we can't go on like this.
For me, you are not a member of the band anymore and that since quite some time. I don't blame you or anything, I am actually VERY happy for you and your success! But we and especially I had to go on... like with playing live and all. It feels weird to have you not with us, when you are a part of the band. And after all, we became a real band, without feeling "weird". Lantlôs is not a single myself-thing anymore. And I actually have to say that we are very comfortable with the line up we are having now. Things came naturally - I feel more and more comfortable with singing, the guys like what I do and we feel like a small family, so like a real band.

The album is so different from the former ones. It's a whole different approach and as much as I turn it around - I want to do vocals on this thing. I am so proud and I feel like my voice suits the music that I feel like it was nonsense giving it away for the sheer sake of friendship. I would, you know, kind of lie to you, because I would just keep you in the band because of being too polite and too insecure to tell you things right away, as they are.

So, I said it. I hope you understand our/my situation and don't see this as total cut on all edges. I still like you as a person and still want to be friends. Needless to say this!!! And yeah, well, I don't know what to write now except for "thank you" and that I hope that you understand my decision.

I thought with the Roadburn, things would change, but now I rather see it like a "final farewell", like the first and last big appearance :) Can you befriend with this idea?..."

The Gathering of the Clan